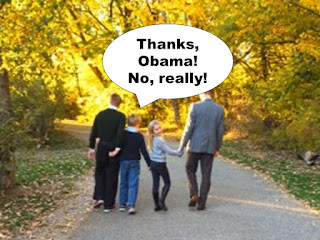 How the Affordable Care Act Helps Working Families Like Mine

A few years ago, I woke up one morning and realized that I was miserable. It was becoming increasingly clear that the career I had chosen was not the right fit for my skills. I knew what I really wanted to do: I wanted to teach in the classroom again. But as the breadwinner for my family of six, I felt like I had no choice but to stay with my organization in a job I did not love.

My husband, like many men in his 50s, had lost his job a few months before when his company laid off most of its staff, and despite daily calls and job applications, he had not been able to find anything more than part time work without benefits. In our profession, college instruction, most teachers must work as adjuncts on temporary, at-will contracts without benefits. My husband and I could earn enough to support our family comfortably if we both worked part time as adjuncts, but without the safety net of health insurance, we didn’t dare to take the risk.

I looked at the numbers on my paycheck, hoping for a miracle. My employer offered a good insurance plan, and though I paid 1/3 of each paycheck for my portion of coverage, the employer contribution was twice the amount I paid, meaning the kind of coverage we had through employer-sponsored insurance would be out of reach if I decided to leave my job.

For most of my life, I had been blessed with relatively good health. But now, with 60 hours of work per week (I was salaried, so there was no overtime), plus trying to manage a household of four lively children, I was overwhelmed. I’d put on weight. I was depressed and anxious. It seemed like I caught every cold that came through the office.

I was sacrificing my health for health insurance.

Then someone mentioned the Affordable Care Act.

I surfed to our state’s health exchange and window-shopped plans. In our personal situation, all we needed was catastrophic coverage and wellness care. I was amazed at how affordable the policies were, especially after the tax subsidies.

The next day, I started applying for adjunct teaching positions at my organization. As soon as I had secured one, I put in my notice for my full-time position and transferred to a part-time one. My employer had once offered part-time employees health insurance plans, but with the Affordable Care Act, they no longer needed to do so. I applied for health insurance through the exchange.

The process was relatively easy. I was surprised, though, when my health navigator told me that my children would be placed in our state’s CHIP system, or Medicaid. “We can afford insurance,” I told her. “We don’t need Medicaid.”

She explained to me that I would actually be paying $15 per month per child for Medicaid insurance. In hindsight, it seems somewhat ironic that $15 per month is the amount President Donald Trump thinks health insurance should cost. For the children, we also had a co-pay for all services except wellness visits and immunizations.

It was the best health insurance my children have ever had.

Read that sentence again. Then ask yourself: why wouldn’t the United States want all of its children to have the best health insurance possible?

I know the Affordable Care Act isn’t perfect. But contrary to President Trump’s assertions, it is working—for 22 million people, by the CBO’s estimate.

If we were having a real, national, bipartisan conversation about health care, one that included all voices and gave enough time to the process to truly consider the ethical as well as the practical implications of healthcare reform, I would support that conversation. If he were really interested in making healthcare more affordable and accessible to everyone, I would support President Trump’s goals.

But I think we all know that’s not what is happening here. Congress certainly knows: they have tried to write their proposed new law to exclude themselves from the damage they will do to Americans like me.

Could a law be written that got the United States government out of the business of healthcare while also protecting children, seniors, and those living with disabilities and providing a social safety net to working Americans who do not have access to health insurance through their employers? I think it could. But not in six months, and not without bipartisan cooperation.

Much has been written, both good and bad, about the Affordable Care Act. But I think it’s important to remember the positive effects for workers. The Affordable Care Act provides access to health care for working families like mine who cannot access health insurance through their employers. It makes sure that children receive preventative care and screenings. For my family, Obamacare was no nightmare: it was an opportunity to pursue my American dream.

Posted by Anarchist Soccer Mom at 9:09 AM