I Am Not Brock Turner's Mother, But I Could Have Been His Victim 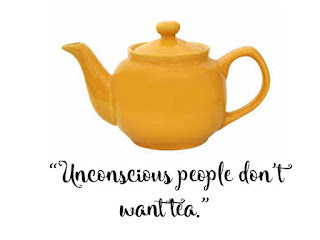 Why mothers have to talk to their sons about sexual assault

Brock Turner was the son every mother wanted—until he wasn’t. A Stanford swimmer, smart, talented, good looking, hard-working, and a rapist. As the world knows, Turner made a very bad decision at a party one night, a decision that devastated his victim and landed him in jail…for three whole months.

That’s right. A disabled U.S. veteran who grows a few pot plants in his backyard can get sentenced to life in prison. But for sexually assaulting an unconscious woman, quintessential white boy Brock Turner did three whole months in jail. He gets out today.

In the face of this absurdity, my friend and fellow blogger Elaine Ambrose joined forces with Audrey Hayworth to create the “You Can’t Rape Me Because I’m Drunk” challenge.  I hope that every woman blogger in the world writes something on this subject today.

The first thing I thought when I saw Brock Turner’s horrific story was, “Wow! That looks like my kid.” Then I called my oldest son, who like Brock, is a college student (though not at Stanford—they were the only school he applied to that rejected him, and seriously, it was their loss).

My son confirmed with a weary sigh that yes, I had in fact had “the talk” with him, several awkward times.

I’m not talking about the Sex Talk, where sex, like Lord Voldemort, is the Act That Must Not Be Named. I’m talking about the Consent Talk. As part of the talk, I routinely offer practical and well-meaning advice that my son should obtain a signed and notarized letter from any potential sexual partner stating the other person’s unequivocal wishes and also make copies of several forms of ID proving age, including but not limited to driver’s license and birth certificate. Vaccination records are a plus.

Am I joking? Maybe a little bit, but not really. The consequences to all involved parties are just too severe. I mean, yes, Brock Turner’s laughable prison sentence is the most insulting thing to women since that truly horrifying blog post on how to harass headphone-wearing gals who are clearly trying to avoid a conversation  and/or the most recent words out of Donald Trump’s mouth.

But Turner will, in fact, face lifelong (and in my opinion, if not his father’s, well-deserved) repercussions for his decision to assault a helpless victim (you can read her powerful statement, if you haven’t already, here).

These frequent, blunt, uncomfortable conversations about consent are important for all of us. When I was a teenager, I was taught that “No means no.” Honestly, that didn’t always work out so well for me, or for many women. The times my “no” or my silence was incorrectly misconstrued as a “yes” include but are not limited to the following:


(The worst time is not on this list. I save that one for therapy.)

Now, as an older and wiser mother of three sons (and one daughter), I know that consent is not about “No means no.” It’s about “yes means yes.” Unconscious or sleeping women cannot say “yes.” The fact that Brock Turner did not hear his victim say “no” in no way excuses what he did to her.

There’s this whole separate conversation we need to have about the judge in this case, not to mention the legal statutes that influenced his decision. But I’ll save that one for the legal experts. I’m relieved to learn that the judge asked to be removed from criminal cases and reassigned to civil ones, so he can’t wield his bias to harm any future victims of sexual assault.

There’s also a whole separate conversation we need to have about alcohol on college campuses. Did alcohol impair Brock Turner’s judgement? That seems likely. According to the National Institute of Health, 97,000 students between the ages of 18-24 reported that they had experienced sexual assault while drinking.   In the aftermath of the Turner assault, Stanford has taken the bold step of banning hard liquor from campus parties in an attempt to “meaningfully change the campus culture around alcohol.”

Of course, some worry this move may only exacerbate the problem of alcohol and sexual assault by driving it underground. And at some schools, sexual assault continues to be a problem even in the absence of alcohol (see BYU above).

But at the end of the day, as a mother of boys and as a sexual assault survivor, I feel that the solution to this problem starts at home. It is my duty to stand with all the other strong women who are framing this conversation on our terms. And it is my duty to talk with my sons and teach them what consent really means. The problem ends when my sons--and every mother's son--respect the women in their lives as equals.

Here’s a resource I use to jumpstart this crucial conversation: “Consent: It’s Simple as Tea.”   One notable line: “Unconscious people don’t want tea!”
Posted by Anarchist Soccer Mom at 7:16 AM No comments: