How a Bill Doesn’t Become a Law 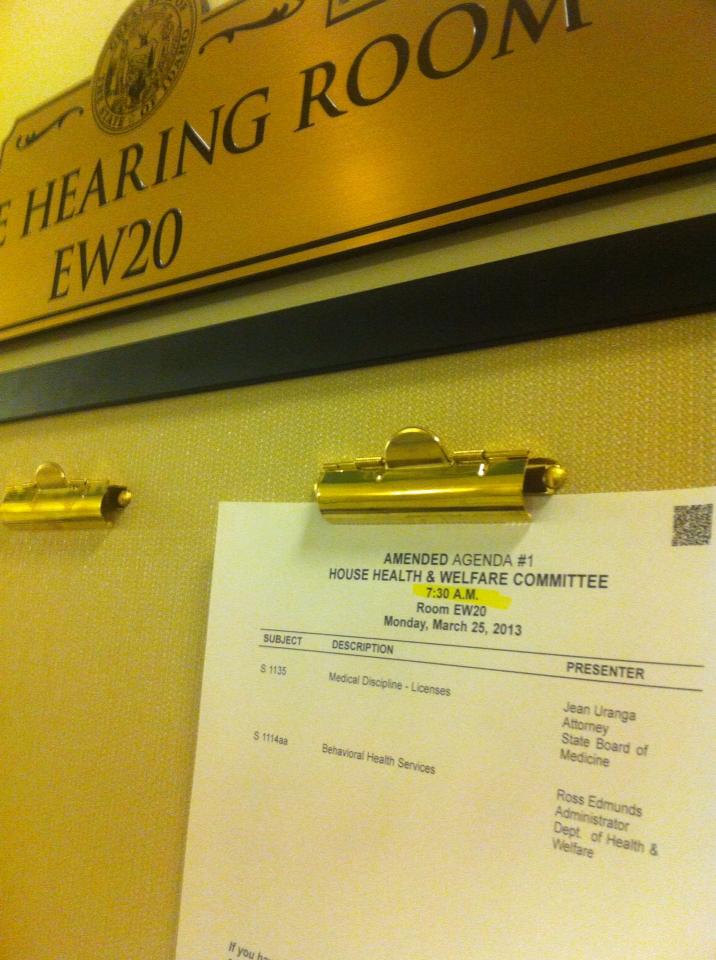 This morning, I gave my first public testimony to the Health and Welfare committee of the Idaho House of Representatives about S1114, a bill that would consolidate currently fragmented mental health services into regional health boards with increased local authority.

This sounds like a good thing, and it is, as a 2008 WICHE report demonstrated.

So why was I there to oppose the bill in its current form?

Like all issues related to mental health and public services, it’s complicated. My primary reason for opposing the measure was its source of funding for those regional health boards. Rather than seek new appropriations, Idaho Behavioral Health Director Ross Edmunds proposed shifting funds from a Children’s Mental Health surplus.

Wait, hold on. Children’s Mental Health has a surplus?!?

The problem (and no one disagrees with me) is this: currently, the only way for children in Idaho to get access to mental health services is to be on Medicaid or to commit a crime. Yep, you heard me. If your kid needs resources, you have to charge him or her with a crime.

The criminalization of mental illness, especially in children, is just flat out wrong. It's bad public policy, and it ends up being costly and dangerous.

Here’s my direct testimony to the committee:
When my 13-year old son was admitted to Intermountain in December 2012, he screamed at the police officer who was trying to help him, “I wish I had a knife so I could run at you and you would have to shoot me.” I will never forget the look of horror in that brave officer’s eyes.

Later that week, my son’s social worker called and recommended that I press charges against him to “get him back in the court system so he can get the services he needs.” I am fortunate to have a good job with health benefits, but many of the services my son needs, like PSR and Occupational Therapy, are not covered by my insurance.

In “off the record” conversations over my many years of interactions with the Department of Health and Welfare, well-meaning social workers have suggested that it might be better for my son if I were a so-called “welfare mom” because I could get better access to services.

I realize that the focus of SB1114 is on adult mental health. But the lack of community support for parents of children with mental health concerns means hours of missed work, unpredictable schedules, the constant fear of a telephone call from the school, thousands of dollars in medical bills for services that aren’t covered. My family suffers. My other children suffer. And my son will be an adult all too soon.

We need a system that is proactive rather than reactive.  The bill in its current form is still crisis-based and does not really address the needs of children with mental illness in Idaho—in fact, it actually takes money from Children’s Mental Health to pay for reorganization of regional health boards, at a time when many parents, like me, are told that the only way they can access help is through the courts. But I believe that by focusing our efforts on early diagnosis, intervention, and ongoing treatment for our children, we can save money and lives.

After hearing my testimony and the testimony of a NAMI representative and mother Kathy Merce; Howard Belodoff, the lawyer who has been prosecuting Idaho’s landmark children’s mental health case Jeff D.  for 33 years, and Jim Baugh, Disability Rights Idaho Executive Director, the committee voted to send the bill to General Orders for further review.

And here’s why it’s complicated. In drafting this bill, Ross Edmunds has done an incredible job with limited resources. S1114 is a baby step, to be sure. But it’s a baby step in the right direction, creating greater efficiency, providing more regional control, and improving access to resources for people with mental illness in crisis. Sending the bill to General Orders rather than approving it as it stands runs the very real risk of allowing this important legislation to die on the House floor.

So I left the House today feeling both glad and anxious. I’m glad that my voice could be heard and that I could share my very personal concerns with the way we treat mentally ill children in Idaho. But I’m anxious that because I spoke, in the end, nothing will happen.

Welcome to democracy.
Posted by Anarchist Soccer Mom at 10:53 AM 21 comments: 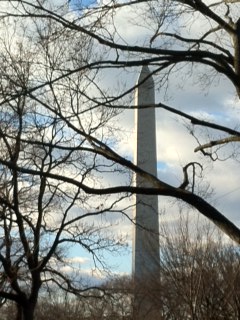 My Statement to the U.S House of Representatives Committee on Energy and Commerce

On December 14, 2012, two days after I placed my 13-year old son in an acute care mental health hospital, the world changed.  The night of the Sandy Hook shootings, I wrote a blog post entitled, “Thinking the Unthinkable,” which included the shocking statement: “I am Adam Lanza’s mother.”

I’m not Adam Lanza’s mother. I’m Michael’s mother.  I love my son. But he—and I—and other parents and children like us—need help. Like many children with mental disorders, my son has been diagnosed with several conditions. Michael has taken a cornucopia of pharmaceuticals to try to control his rages. We have not yet found a combination of treatments and medications to manage his condition.

When I asked Michael what he wanted me to say to you, he said, “Tell them I’m not a bad kid. Tell them I want to be well.”

Michael is not a bad kid. Neither are the millions of other children who have diagnosed mental disorders in this country. And yet  we continue to manage mental illness through the criminal justice system. Too often, the only way loving parents can get access to much-needed services is by having their children charged with a crime.

My son Michael entered the juvenile justice system just one month after his eleventh birthday. While on probation, he received an array of social services including therapy and psychosocial rehabilitation, which taught him coping strategies. But once he completed probation, those services went away.

Before my blog went viral, I thought I was the only mother in America who was living in this kind of fear. But I learned I’m far from alone.

Parents like me live in all kinds of fear. We live in fear of stigma—will my child be bullied for being different? Will my child be a bully? Will I be blamed for my child’s explosive behavior?

We live in fear of that unpredictable behavior—how will I know if my child is going to explode? What can I do to keep my other children and myself safe? What about his school and the community?

We live in fear of the future—what will happen when my child turns 18? Will my child harm himself or others? How will I pay for all the services I need to keep my child functioning?

Parents like me are struggling, physically, emotionally, and financially. And mental illness is still so hard to talk about, because the stigma—for parents and children—is real. But as long as parents continue to suffer in silence, the magnitude of this problem will only be recognized after tragedies like Newtown.  It’s time to talk about mental illness—and it’s time to act.

What do parents like me need from you? We need access to community-based resources. We need early and consistent behavioral intervention.  We need increased funding for the Individuals with Disabilities Education Act, as well as funding for school counselors and behavioral interventionists. We need increased research funding for effective treatments. And most of all, we need a national commitment to end the stigma that surrounds mental illness. As long as we keep treating mentally ill children—and adults—in prisons, it will be difficult for us to achieve true parity between physical and mental health.

Mental health is truly a bipartisan issue—a problem that keeps millions of American children and their families from enjoying “life, liberty, and the pursuit of happiness.” As a nation, we must explore creative and brave ways to provide a better life for children, families, and communities.

Link to the U.S House of Representatives Energy and Commerce Committee Forum: "After Newtown: A National Conversation on Violence and Severe Mental Illness."