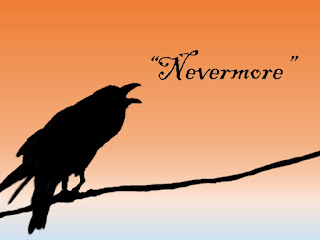 A month or so ago, I took the unusual (for me) step of unfriending and blocking someone on social media. The woman in question is someone I consider to be a friend IRL (in real life). But after I delivered several polite but increasingly stern private warnings about her posts on my personal Facebook page, she crossed a line.

When I ebulliently shared my and other advocates’ successful attempts to convince Knotts Berry Farm and Six Flags to close their offensive and stigmatizing Halloween asylum attractions, my friend felt compelled to share her point of view that advocates were reading way too much into this “fun” and that we were in fact ruining Halloween in the name of “misguided political correctness.”

To be fair, my friend knows firsthand the real and painful struggles of caring for someone who lives with severe mental illness. She’s also very smart. When I blocked her, she sent me a long email missive entitled “Offended by logic?”

My response? “I have made up my mind on this issue. Discussion is over for me. Find someone who is interested in having this discussion.”

I don’t take this kind of step lightly. I love learning new things and hearing alternate perspectives on just about every subject you can imagine.

But I also believe we all have our proverbial lines in the sand. There are a few things I have made up my mind about, and I don’t want to “debate” these issues further.

In fact, there’s nothing wrong with acknowledging and enforcing these personal boundaries, which I’ve decided to brand as my “nevermores” in honor of Edgar Allen Poe’s taciturn raven.

Here’s a partial list of my “nevermores,” or things that I have made up my mind about:

If you want to ask me about my carefully thought out, researched, reasoned position on any of the above, I will be more than happy to share it. But these are not things I’m interested in debating. I’m not saying other people can’t hold other points of view than mine—of course they can! I’m just not interested in conversations on these topics, because I have already made up my mind.

“But!” you might be saying. “New information! James Comey! Emails again!”

No. It’s the same story, and the same emails. And frankly, like the majority of Americans, I don’t care about Hillary Clinton’s “damn emails.” Mrs. Clinton is a woman about my mother’s age, with the same level of technophobia. She made a mistake, and she admitted it. This kind of mistake (fortunately!) really has proven to be the definition of “no harm, no foul.”

But for the men who have repeatedly tried to destroy Hillary Clinton, there was definitely harm, and there have been plenty of uncalled fouls.

Every time I see Julian Assange’s smug smirk, all I can think is “sexual predator.”

Every time I see the unfortunately named Anthony Weiner in the news, all I can think is, “sexual predator.”

Every time I see Donald Trump disparage another minority group  or mock someone with disabilities  or denigrate a slain soldier's family   or threaten to sue the women who have bravely come forward to share their stories of abuse at his (tiny) hands, all I can think is “sexual predator.”

And yes, to be fair, every time I see Bill Clinton, I think of how he betrayed l his wife, his daughter, and the nation—for sex with “that woman,” Monica Lewinsky, who has now emerged as a brave and powerful voice for women everywhere.i

It’s ironic—no, more like terrifying—that all of the prominent men standing in Hillary Clinton’s way are connected with sexual assault. It’s even more terrifying that women’s voices weren’t enough to legitimize this fear, and that even though Trump’s own words have exposed him for what he truly is, he is still considered a viable candidate for President of the United States.

I’ve already voted—and I wouldn’t change my vote based on this “new” (aka, same old, same old) information about emails. But to journalists everywhere, I would issue this plea.

James Comey failed to set boundaries when he issued his cryptic letter to Congress, and in this failure, he has allowed you—and Trump—to “write the book” on what the FBI may, or may not, find.

Don’t write that book. It’s likely historians will categorize your unfounded speculation as fiction. Even worse, with a week to election day, your irresponsible reporting may destroy our republic.

It’s not that hard to do this the right way. When you weigh in on whether this new email discovery may lead to a reopening of the investigation that could harm a Clinton Presidency, it is only fair and balanced to ask the same questions about Donald Trump, who is currently facing a civil trial for defrauding students with Trump University and has a post-election December 16 hearing on allegations that he raped a 13-year old girl.  I hope—though in the current climate of rampant institutionalized misogyny, I cannot assume—that a rape case would seriously harm a Trump Presidency.

Granted, Hillary Clinton is not perfect. I don’t know many people who are. But she is more qualified than any other male—or female—candidate in the United States today. And she is our best chance to break that “highest, hardest glass ceiling.”

So I don’t want to discuss Hillary Clinton’s emails with you anymore. It’s time to vote for the most prepared, qualified candidate in the history of the United States. It’s time to make herstory a reality.

Because if Donald Trump wins, there's a frightening chance that too many Americans' hopes and dreams will be "nevermore."
Posted by Anarchist Soccer Mom at 3:08 PM

Love the post. I agree with the concept and think I can take on all of your nevermores as my own (We may even have the same position on them. Joesph Smith- ha ha).

As the sister of a severely mentally ill man, I would have not responded well to being told my concerns about stigma were silly. I got mad just reading it.

It is almost cliche that men in power misuse that power to advance their sexual needs. Let's get more women in power so we can see how they "misuse" it (I think I would be in danger of accepting invitations to beach houses).

Power to you!
-Janet in Roseville CA (ILF of Kathy Day)