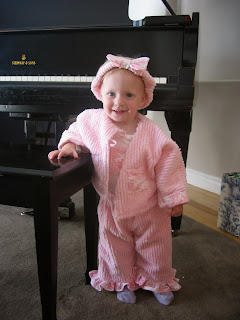 What Joni Hilton’s “Are You a Liberal Mormon?” meant to me

On Saturday, sequestered by November’s first snowfall, the kids and I decided to clean out the closets, donating bags of clothes that don’t fit, old toys we no longer play with, and my fabric stash.

Parting with the last of my fabric was harder than I thought it would be—much harder, in fact, than selling the few pieces of gold jewelry my ex-husband gave me during our 13 years of marriage. I’ve shed fabric a few pieces at a time in the six years since The Divorce (the children still refer to it in capital letters, acknowledging the post-apocalyptic wasteland that remained in the aftermath of our temple marriage’s sudden and unexpected dissolution).

These last three bins represented my most cherished finds—colorful satin brocades, plush, luxurious Minky, quirky calico prints, and finally, the pink chenille I once lined with toile flannel and made into a couture outfit for my much-wanted and much-loved baby girl.

How I loved to sew in those days of young Mormon motherhood! I made train quilts and book bags and matching pajamas for the boys, documenting everything in carefully planned scrapbooks. But having a daughter took my sewing to a whole new level. I dreamed up outfits for her in my sleep, bought a serger, and spent many happy afternoons creating my masterpieces.

After The Divorce, I had no time for sewing. But I kept the fabric because of what it represented, a life I had lost but still sometimes longed for.

Last summer, my little pink chenille-robed pixie turned eight, and I pulled out the sewing machine once more, to fulfill a promise I made to her and to myself. We went to the fabric store where she picked out a pattern, white satin, and gold-leafed chenille for her baptism dress.

I was out of practice, and the dress, with its slippery fabric, gave me fits. Unable to put the zipper in, I conceded partial defeat and modified the design for buttons. I cut myself more than once and bled spots of bright red blood onto the white fabric.

And I cried as I stitched the seams together. Because the truth is this: I did not want my daughter to get baptized in the Church of Jesus Christ of Latter-day Saints. While I still consider myself culturally Mormon, I no longer identify with the church’s teachings, and I fear that they can be especially toxic for bright young girls.

But baptism is what my daughter wanted (and no eight year-old should face the sort of social stigma she would endure if she didn’t).

Many brilliant Mormon and post-Mormon bloggers have done a better job than I could of articulating my own existential angst at the thought of my daughter’s baptismal covenants. Sitting behind her (I was not permitted to sit beside her) was one of the most agonizing moments of my entire life. Talk about NOT feeling the Spirit! Still, I smiled through the ceremony, shook hands, and got through the day. Because that’s just what you do, and it wasn’t about me anyway.

But I didn’t realize how truly bothered I was by the whole baptism pageant until I read Joni Hilton’s essay, “Are You a Liberal Mormon?” I know it’s so two weeks ago, but Ms. Hilton is still on my mind, because you know what? She is exactly like many of the Mormons I know—smug, self-righteous, and “perfect.”

If not staggering out of bars at 2:00 a.m. makes you perfect. Because that is apparently what “liberal Mormons” do (?????). Ms. Hilton’s essay was quickly taken down, probably because even the editors of Meridian Magazine had to realize how toxic it was. In case you somehow missed it, you can read Mormon Stories’ excellent coverage of the debacle here.

This quote really stood out for me: “Liberal Mormons have forgotten that Christ runs this church, not mortals. God’s laws are uncheangeable [sic] and eternal, not somebody’s notions that sway in the breeze and adapt to each new social trend.”

Except they aren’t. Many Mormons I know manage the dizzying act of being both relativists and absolutists simultaneously. Blacks and women can’t hold the Priesthood, only now blacks can because in 1978, God changed his mind. Gay people can’t get married because God said they can’t, but God also used to say it was okay to have several wives, and now that’s just not okay.

These are not unique insights, by the way—these are glaringly evident examples of God changing his mind gleaned straight from sanitized LDS church history.

One of the attractions of Mormonism has been the image and lifestyle that people like Ms. Hilton represent—clean-living, wholesome, nuclear families with hard-working, shirt-and-tie fathers, even harder working stay-at-home mothers, and a slew of bright, polite, successful children. I want to make it very clear that I am not criticizing that lifestyle. It works well for many people.

What I am criticizing is something I used to do myself as a temple going, faithful Mormon mother: Mormons have got to stop judging the latte drinkers.

You know what I mean. Jesus, if there is a Jesus, does not give a damn about whether somebody drinks coffee or not. He just doesn’t. This is a God whose first miracle was to change water to wine. When I was in Mormon Sunday School, the lesson focused obsessively on explaining that the “wine” in question was actually nonalcoholic grape juice. Now that I’ve enjoyed a glass or two of cabernet sauvignon for myself, I have to say that I very much doubt this. No one would be impressed by a god who changed water to grape juice.

Closet cleaning accomplished, my Saturday turned to a much anticipated interfaith choir concert hosted by my parish and organized by a local LDS stake music director. I had the opportunity to catch up with many of my LDS friends as we shared worship music. The concert featured several local church groups, with a finale sung by a 100-member chorus. My friends embraced me; we caught up on their children’s missions and college plans. I felt loved and included and best of all, not judged.

The LDS church is at a crossroads. Its branded lifestyle, the so-called traditional family as described in the Church’s document The Family: A Proclamation tothe World, is increasingly rare, for a variety of reasons. Yet people like Ms. Hilton cling to their own notions of righteousness, categories that exclude and hurt people both within (the “Liberal Mormons”) and outside of their faith.

I’m not sure about many things, but I am pretty sure that’s not what Jesus would do. Jesus would have an interfaith choir concert followed by a community potluck every single night of the week. And all—Mormons, Christians, Atheists, Muslims, Hindus, Jews, and Pastafarians—would be welcome at the table.

P.S. If you live in the Boise area and want some pretty awesome fabric, I donated my stash to the Goodwill on State Street. I hope your daughter looks as fabulous in your creation as my daughter did in mine.
Posted by Anarchist Soccer Mom at 9:49 PM

Well, I've been trying to think of a comment for days, but I just don't have a good one. Just this: I grew up Southern Baptist, and it's not much different.

Is there really no way out? If you find Mormonism to be so toxic to your daughter's well-being, is there nothing you can do to escape from social pressure? I realise that life is a series of compromises, but what were the forces that made this compromise preferable to preventing the replication of a cycle you endured? Are there really no honest friends nearby who would love you and your daughter as you are instead of for what they expect you to be?

Liza thank you for sharing your thoughts. I never did like sewing but there are many things Mormon that are hard to shake. I'm not even sure you need to shake everything.

There is no one right way of balancing the whole charade of children wanting to be involved in the Mormon church. I found it best to do just what you did; if my children wanted baptism or scouts or pursuit of excellence in their lives then I supported them.

They did always hear my side of the story though. Now my three children are all adults and as I look back I see that the greatest gift I gave them was the permission and desire to question everything and to take responsibility for their choices and ideas.

Just keep on loving them and talking to them and keep sharing your stories with us.