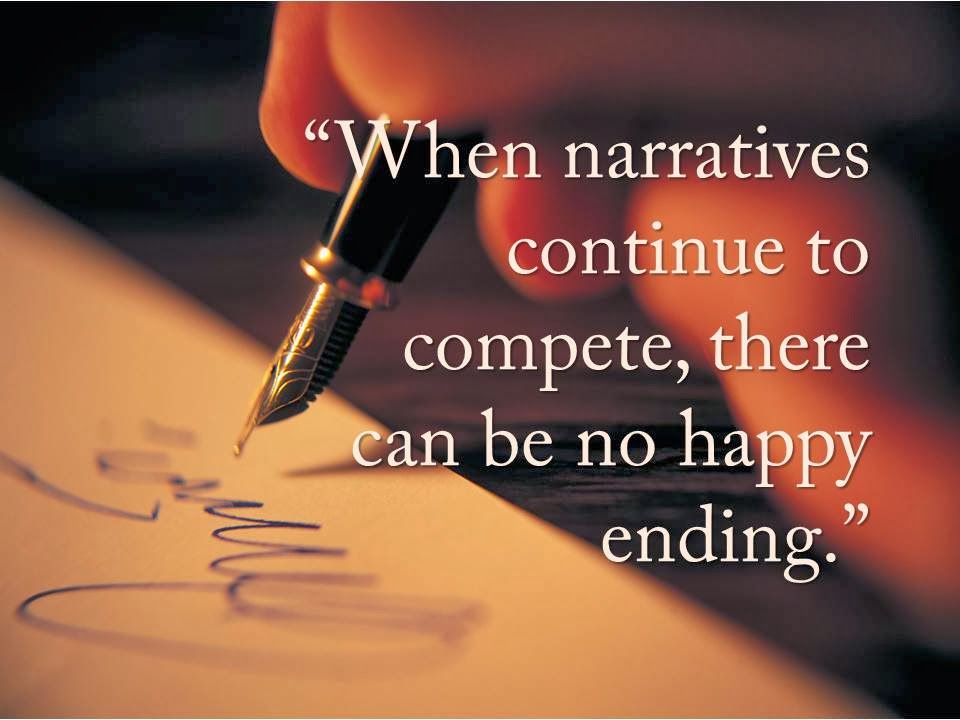 Dylan Farrow, Woody Allen, and conflicts with no resolution

I think it’s fair to say we all read the letters. First there was daughter Dylan’s painful missive, the anguished confession of a 28-year-old young woman still dealing with unspeakable (and yet spoken) trauma she allegedly endured at the hands of a man she should have been able to trust most—her father. Who happens to be famous. Extremely famous.

And then Woody Allen’s response—a self-serving, selfish missive also filled with too much information, his active hatred of Dylan’s mother Mia Farrow still evident in every line of indignant prose (See Gawker for the most recent missile fired in this ugly skirmish).

I’m not sure why either of them decided to air this painful trauma in public. I’m even less sure why Nicholas Kristof and the New York Times decided this was news fit to print.

It sure got our attention. And plenty of people weighed in, supporting Dylan, supporting Allen, resurrecting the painful divorce that made scorching headlines so many years ago.

In the interests of full disclosure, I have been guilty of writing letters like Allen’s in the past. They have now been hidden from this blog, where some of them were originally published, because I have realized that I was wrong to write what I did and to share it in a public space, even though I thought I was doing so anonymously, and even though I felt justified at the time. My divorce six years ago was unexpected, traumatic, and continues to be high conflict, much like Mia Farrow’s and Woody Allen’s—and the people hurt the worst in those kinds of divorces are the children. That is undoubtedly true in Farrow and Allen’s case, and it is undoubtedly true in mine.

I learned over several years to disengage by honestly assessing my own behavior and realizing that I was wrong to air the gory details in public. This does not mean that I agree with my ex-husband—we disagree about everything from the reason for our divorce to what kind of socks our children should wear (I wish I was exaggerating, but I am not). But the fact that we disagree does not mean he is an evil person—far from it. We are just really, really not supposed to be together.

I’m now taking a Conflict Management course in my Ed.D. program, and I’m finally starting to understand why conflagrations like these can continue unabated for so many years, and why they can flare up so viciously, even years after the initial event.

When everyone is still a victim, there can be no resolution.

When narratives continue to compete, there can be no happy ending.

In these situations, I sometimes doubt whether the participants are looking for resolution at all. They actually seem to want the conflict—and the drama—to continue. Commentators on the Dylan Farrow/Woody Allen road accident wanted to know who was right, and what was true. I would argue that this is not a useful question. The real question to ask is, “How do we move past this?”

One thing that definitely doesn’t help is rehashing the whole painful thing in public. I’m speaking more to Allen here than to Dylan. Sharing her story may serve the greater good of helping others to confront the pain of their own childhood abuse, to speak their truth, and to move past it toward healing. But ultimately, now that Dylan is an adult, she is responsible for her own happiness, no matter how traumatic her childhood was. I know this statement seems harsh. But plenty of people move past horrific victimhood to embrace happy, productive lives as adults. I hope this becomes Dylan’s story.

And I hope we never have to read any of it in the New York Times again.

Why sexual orientation and gender identity matter to me


Katie M. (not her real name) was my best friend in high school. Tall, blonde, and beautiful, she introduced her simple, unsophisticated Mormon classmate to foreign cinema and the Smiths, while I returned the cultural exchange with apricot Jello and Wednesday night Mutual activities. A gifted artist, Katie passed me notes that were illuminated manuscripts, masterpieces of satiric humor. Once a month on a Friday, we would skip school and pursue our own education at the Houston Museum of Fine Arts—my mom was more than happy to write a note stating (honestly): “Liza did not feel like coming to school on Friday.” At our Texas high school graduation ceremony, Katie was the only woman in a pants suit—in her muted yellow, wide-legged costume, she looked like a young Katherine Hepburn.

My Dad had already accepted a transfer to Bakersfield, California, and two days after I graduated, Katie and I watched as movers loaded up the contents of my parents’ two-story Tudor style home. I was sad to leave my boyfriend and Katie behind (the boyfriend and I broke up shortly afterward. Katie and I are friends to this day). Katie had already arranged to visit me in July; we had been planning a road trip to San Francisco during our senior year’s final semester.

A week later, I got her letter. Written on thick cream colored paper in her distinctive bold, backward-slanted hand, were words that would change how I felt about sexual orientation forever.

“I can’t keep this a secret from you any longer,” she wrote. “I am gay. I have always been this way. It is not a choice.”

“I know you probably will never speak to me again,” she continued. “I know how important your church is to you, and how they feel about homosexuality. But I have to tell you the truth.”

I put the letter down. And that’s when I realized that knowing what I knew now about Katie didn’t change how I felt about her. Not one bit. I loved her as one of my dearest friends before I knew she was gay, and I still loved her.

I also felt immediately ashamed as I remembered the Mutual activities she had attended with me at the LDS church. In one activity, a leader explained how AIDS (a new disease in those days) was God’s specific curse for homosexuals, a modern day scourge for our nation’s new Sodom and Gomorrah. Had Katie flinched? Had I noticed? We talked about that—and other things—on our road trip that summer. We talked about what it meant to be a gay teenager, about the prejudice and painful stigma. These were things I had never known. My worst experiences in high school had involved a toxic bout of highly visible acne in ninth grade. That was nothing compared to the anguish Katie felt as she realized how difficult her life path would be.

I still love Katie today. And I think she has just as much right to marry her life partner—a lovely, brilliant woman—as I have to marry mine (and he is all guy).

That’s why I spent my lunch hour at the Idaho State Capitol building today.

My state, along with many other states, is in the midst of a new civil rights war. State Senator Lynn Luker, a Mormon from Meridian, has proposed legislation that would allow people to deny services to other people on the basis of their religious beliefs. As Magic Valley Times reporter Kimberlee Kruesi reported:

Under the bill, doctors could deny providing medical treatment to gay people or even unmarried mothers and not lose their medical license. The same would be allowed for teachers to deny educating one of their students if they were gay.

Meanwhile, the LDS church has joined other religious organizations in actively fighting against the legalization of gay marriage in Utah, claiming that it is not bigotry but concern for children’s welfare that drives their opposition as well as a defense of so-called "traditional marriage" between a man and a woman as the only type of marriage sanctioned by God. I’m sorry, but the whole “It’s not me; it’s my God who is a bigot” statement  just isn’t going to cut it as an argument against fairness, decency, and dare I say it, love.

The God I believe in is all about love. And love—transformational, all consuming, non-judging—is not present in Senator Luker’s bill.  In all fairness to my LDS friends, many of them disagree with Senator Luker’s hateful stance and support former Idaho State Senator Nicole LeFavour’s brave crusade to add the words—see Joanna Brooks’s Ask Mormon Girl, or pretty much the whole gang at Feminist Mormon Housewives.

But this isn’t just a religious or civil rights debate to me. Respecting and protecting people on the basis of sexual orientation and gender identity is a mental health issue. Our children are dying. Suicide is the third leading cause of death for children and young adults ages 10-24. A disproportionate number of these young people are LGBTQ.
Our refusal to love and accept our children for who they are is leading to their deaths, as In theParlor blogger and youth pastor Tyler Smither noted:

"We are now faced with the reality that there are lives at stake. So whatever you believe about homosexuality, keep it to yourself. Instead, try telling a gay kid that you love him and you don’t want him to die."

What kind of God would want a young person to take his or her own life because of persecution and rejection? Not the God who said, “Love thy neighbor as thyself.”

Another Christian, Archbishop Diarmuid Martin of Dublin put it bluntly: ““Anybody who doesn’t show love towards gay and lesbian people is insulting God. They are not just homophobic if they do that–they are actually Godophobic because God loves every one of those people.”

When I was a Mormon (a phrase that increasingly feels like “once upon a time” to me), our Sunday School teachers told us that we already knew who would win the great war between good and evil. I can now extrapolate that lesson to this current fight to deny our friends and neighbors, our brothers and sisters, equal protection under the law. We already know how this fight will end; and fortunately, Senator Luker and his supporters are on the wrong side of history.

But I want to make history today. I never want any young person to feel like my friend Katie did, afraid to lose a friendship or a job or even her life, simply because of whom she loves.  Add the words, Idaho! And let there be love now, for all of us.